Plant a tree in memory of Delores
An environmentally-friendly option 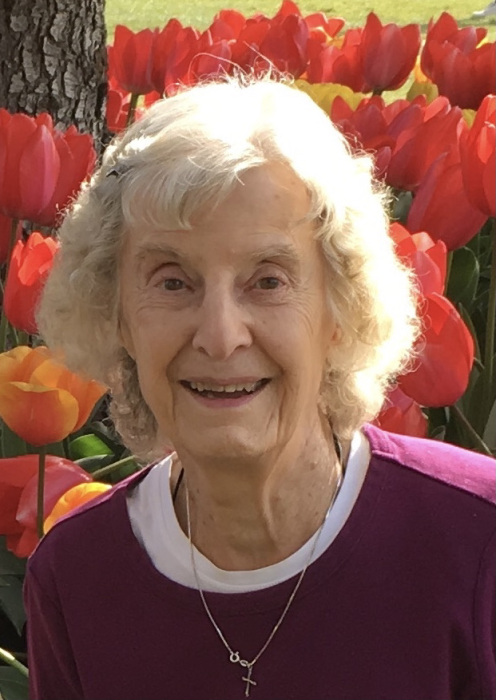 Delores was born to Mandora Crawford Stark and Edward Stark on December 5, 1928, in Seattle, Washington. On June 28, 1947, she married her handsome sailor, Thomas Rogers Parrish. They had been neighbors growing up in Federal Way. Delores was a retired librarian after having worked at Dieringer Middle School for almost 20 years.

Delores adored babies and children so much so that even as she was caring for her own two children, Bob and Bev, she lovingly fostered more than 30 infants until they were placed with their adoptive parents.

Family and friends remember her large garden that produced a variety of fresh vegetables all summer long.  Delores loved getting together with her brothers and sisters and she appreciated a good Mariners game on television no matter how poorly they were doing. She enjoyed a good long walk and watching the birds feed outside her window. You could often find Delores on her John Deere, mowing her very large lawn and she would enjoy a visit to a casino now and again. But her two greatest passions outside her family were bowling and ice cream, especially DQ Blizzards. Delores was a gifted bowler, carrying a 150 average well into her 80’s, achieving several 500 series. She enjoyed league play with her brothers and sisters and in her 90’s she had the pleasure of being on a bowling team with her daughter.

Delores enjoyed traveling. Camping trips provided wonderful memories for her young family. The most ambitious trip they took was a drive from Tacoma to Guadalajara, Mexico in 1961 to visit Tom’s dad. They rode in her brother Bill’s convertible with him sharing some of the driving duties. But later in life, Delores and Tom were able to travel even more extensively, visiting Canada, Australia, and New Zealand and touring many countries in Europe and Asia often with good friends as traveling companions.

In her late 80’s Delores moved from her home in Federal Way to an assisted living facility in Kennewick to be closer to her daughter. She still maintained her active lifestyle taking long walks, enjoying picnics along the Columbia River, visiting with grandchildren and great-grandchildren and bowling.

Delores was an avid knitter and used her skill to knit for a cause providing over 300 scarves for the homeless. She also helped deliver Meals on Wheels.

Delores was a kind, gentle soul with a contagious smile. She generously shared her gifts with others and was even willing to go on scary rides. She had a very positive attitude and knew how to enjoy life.

She is preceded in death by her mother and father, husband Thomas Parrish, and brothers George and William Stark.

A Memorial Service will be held later this summer.

Donations in her memory can be given to the Alzheimer’s Association at alz.org.

Plant a tree in memory of Delores by clicking here.
To send flowers to Delores' family, please visit our floral store.

A service summary is not available

Plant a tree in memory of Delores
An environmentally-friendly option

Plant a tree in memory of Delores

5 trees planted in memory of Delores

With much gratitude for Mrs Parrish’s kind guidance at Dieringer’s library. Her encouragement and knowledge guided my lifelong desire to read and learn.
Kelly Phelan

In loving memory of Delores.

A Memorial Tree was ordered in memory of Delores Mae Parrish.  Plant a Tree

A Memorial Tree was planted for Delores Mae Parrish

Plant a tree in memory of Delores