We would like to offer our sincere support to anyone coping with grief. Enter your email below for our complimentary daily grief messages. Messages run for up to one year and you can stop at any time. Your email will not be used for any other purpose.

Share a memory
Obituary & Services
Tribute Wall
Read more about the life story of Lynda and share your memory.

Lynda (Kilp) Williams, 74, passed away unexpectedly at home in Orting, WA, on January 5, 2023. Lynda was born March 4, 1948, in Kansas City, Missouri, to Carl and Janiece Kilp. She grew up in the Seattle suburb of White Center and was named Miss Washington in 1967 and then competed in the Miss America Pageant. She married her husband, Bob Williams in 1971. They just celebrated their 51st wedding anniversary in December!

In the 70s Bob and Lynda were a highly popular singing duo with a large following. They were known as “Bob Williams & Lynda Standell.” They performed throughout the United States, from Alaska to New Orleans. They recorded three record albums and made two TV specials; one of which, “The Northwest Sings,” won an Emmy Award.

Lynda was kind and loving, full of energy and life. Her Christian faith supported and guided her. She was the kindest person you’d ever meet. She also loved to decorate her home. She is surely in heaven singing with the angels and offering her decorating skills to anyone who asks.

Lynda was the second of four siblings: Leta Edwards, Loren Kilp, and Lorrie Keys. She is survived by her husband, Bob, and her two children, Matthew Williams, and Melanie Williams, as well as her 11-year-old grandson, Mason Williams.

Family, friends, and other invited guests will gather for a celebration of Lynda's life on February 18, 2023, in Puyallup.  If you would like to join in the celebration, please send R.S.V.P. to (Lorrie Kilp-Keys) seattlecat@protonmail.com no later than February 7, 2023, to receive the location and time and be added to the guest list.

To send flowers to the family or plant a tree in memory of Lynda Jean Kilp-Williams, please visit our floral store. 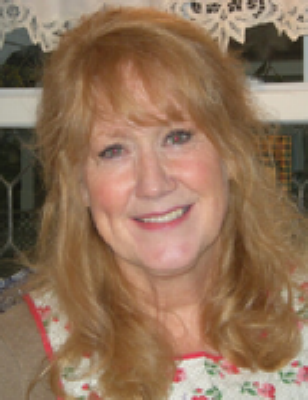 Look inside to read what others
have shared
Family and friends are coming together online to create a special keepsake. Every memory left on the online obituary will be automatically included in the book.

Look inside to read what others have shared

Family and friends are coming together online to create a special keepsake. Every memory left on the online obituary will be automatically included in the book.

You can still show your support by sending flowers directly to the family, or by planting a memorial tree in the memory of Lynda Jean Kilp-Williams
SHARE OBITUARY
© 2023 Powers Funeral Home. All Rights Reserved. Funeral Home website by CFS & TA | Terms of Use | Privacy Policy | Accessibility